The term « digital disasters » refers to the effect of a brutal, lasting or intense phenomenon, of technological origin, which can cause damages and destroy the economic, social and cultural life of a population who depend and rely on digital technology.

The project was made in the San Francisco Bay, home of high-techs with the Silicon Valley, the center of US digital economy. An area threatened by the Big One, a devastating earthquake feared to come, and in the past years by a growing number of cyber attacks.

The pictures produced are the result of a violent clash between photography and video. Diverting the technique of Datamoshing, the photography becomes destructured by the video when changing the time markers encoding. The merger was born of a « glitch » purposely triggered: a saturation that the duo tries to tame.

This work leads us to question the vulnerability of digital technology and its impact on our societies. It makes tangible a new danger that we ignore, through the classical symbolic of disasters. A digital chaos with risks of contagion of harmful and evolutionary calculations that would destabilize millions of servers and would destroy Yotta of datas.

For Le3, the closer we get to the utopia of the society of information, entrusting our lives in the hand of the « all digital », the more we are threatened… 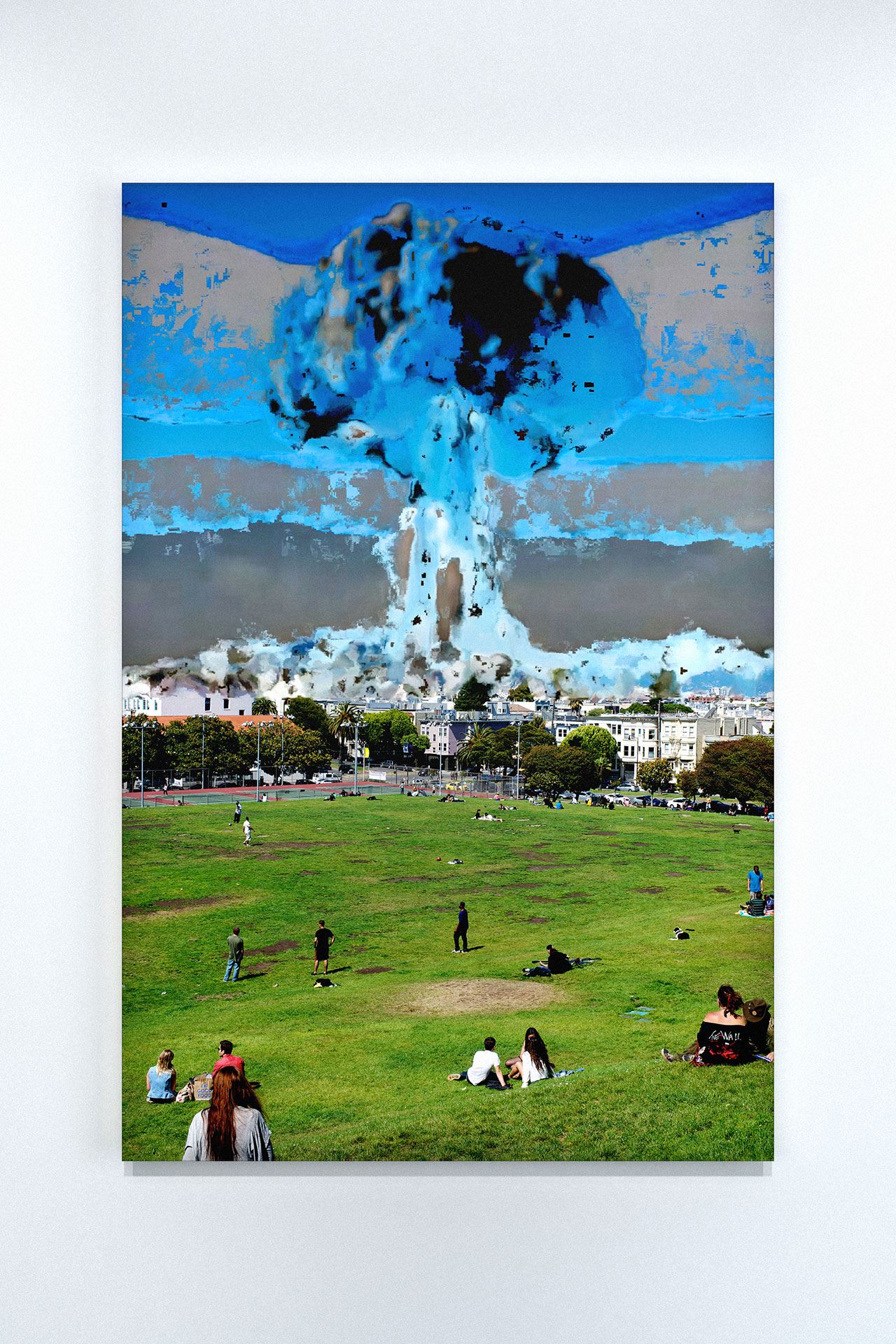 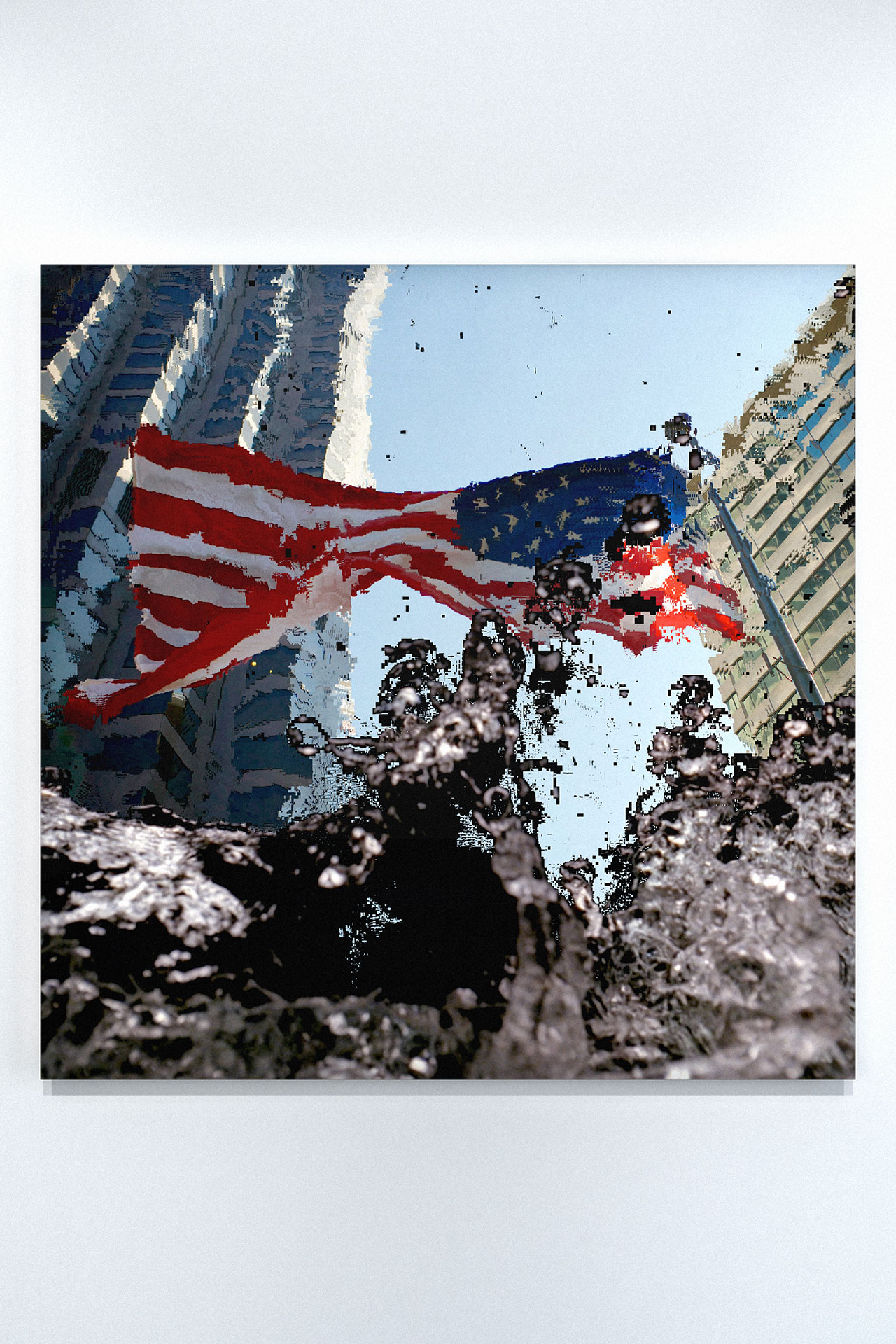 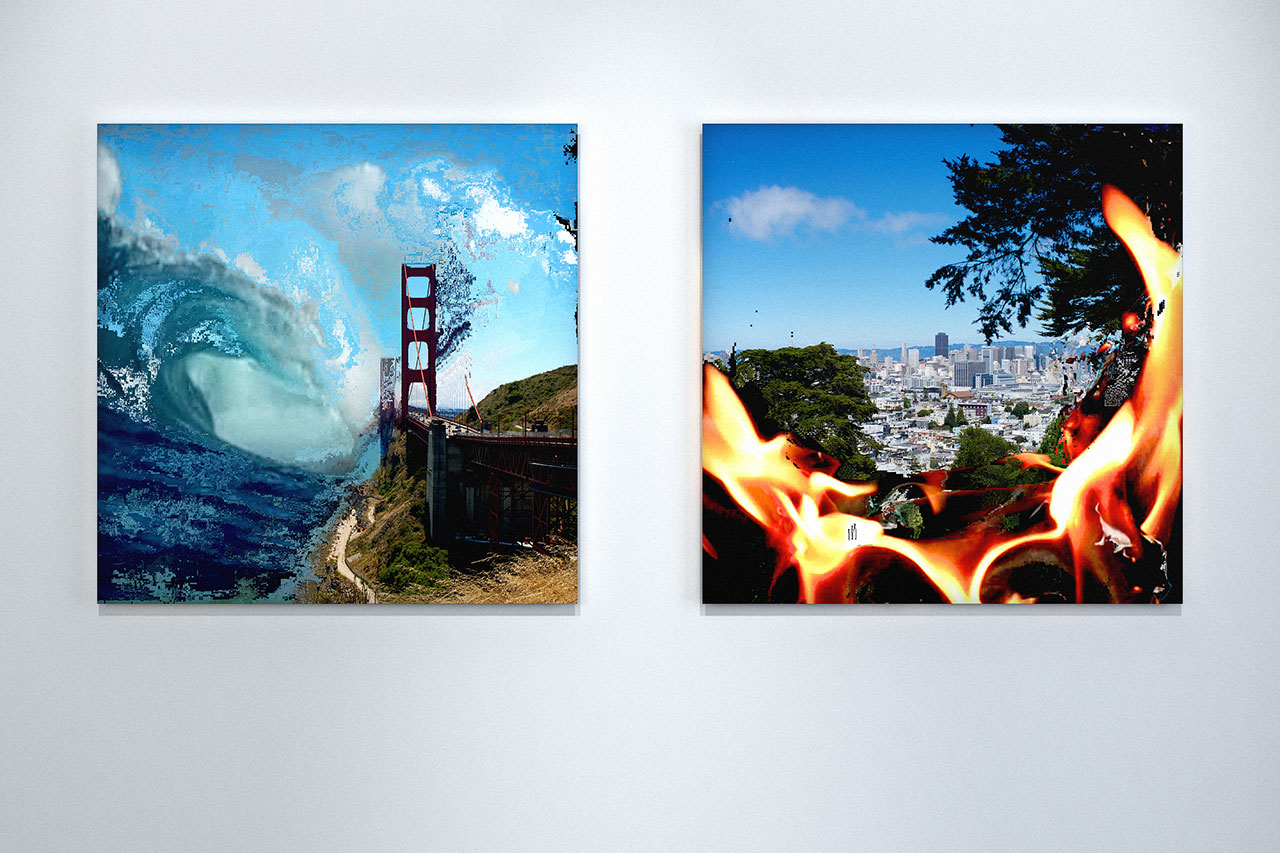 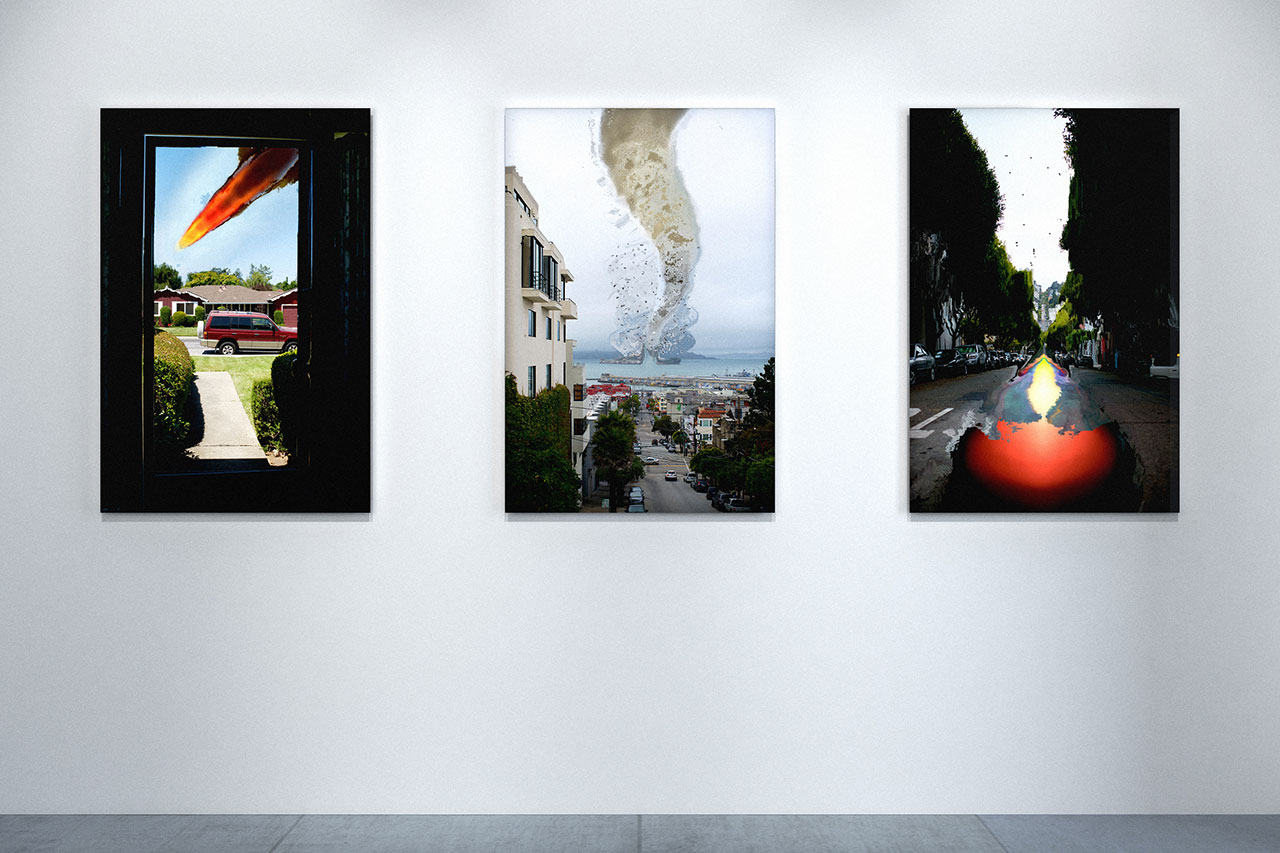